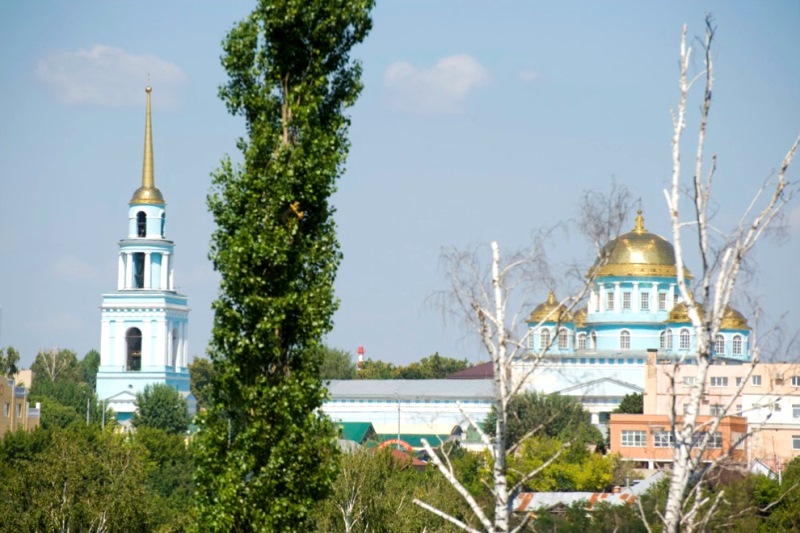 Lebedyan: A haven for Romanovs and writers

The broad swath of territory to the south of Moscow has long been known for its connections with Russian literature. The rich soil of these lands stimulated the development of the country estates that formed the basis of agriculture in the late 18th and 19th centuries. 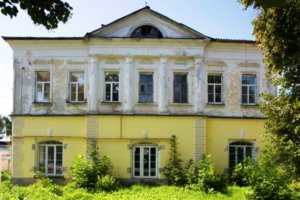 These estates in their turn nurtured generations of remarkable writers and composers, from Tolstoy and Turgenev to Rachmaninoff.

Throughout this agricultural heartland, provincial towns served as economic and cultural centers for those who lived on the estates. One of the most famous such town was Lebedyan, located on the Don River some 30 miles south of Lipetsk.

The typical explanation for the town’s name is that it comes from the word for swan (lebed), and a swan indeed appears in the lower half of the town’s coat of arms – created in 1781 when Catherine the Great bestowed such insignia on provincial towns. The upper half displays a beehive with three fat golden bees – the symbol of Tambov Region, which included Lebedyan in the 18th century.

The Lebedyan settlement dates from the late 16th century, when it served as a small fort in Russia’s southern line of defense against invasions from tribes on the steppe. The town was advantageously situated on a high bluff above the Don, which is modest in size at this point. 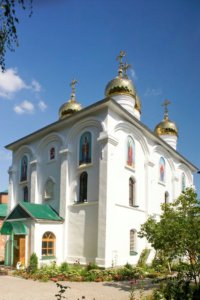 The oldest monuments in Lebedyan are located at the Trinity Monastery on the outskirts of town. There are various suggestions regarding the monastery’s origins, but it is generally accepted that the present monastery was founded – or revived – in 1621 under the patronage of Patriarch Filaret. At that time Filaret was head of the Russian Orthodox Church and father of the first Romanov tsar, Mikhail.

As a close relative of Tsar Ivan, Fyodor Romanov was feared as a potential rival by Boris Godunov, who during his brief reign (1598-1605) intended to found a new dynasty. According to legend, Fyodor Romanov took refuge from Godunov’s wrath in the forests near Lebedyan.

In 1600, Fyodor and his wife Xenia were forced to take monastic vows (and the monastic name Filaret) to prevent his accession to the throne. Filaret was then exiled to the Trinity-St. Antony Siisky Monastery in the Russian North.

Freed after Godunov’s death, Filaret began a rapid ascent in the church hierarchy and in affairs of state during the national crisis known as the Time of Troubles. He was imprisoned by the Poles for eight years (1611-19) because of his stout defense of Russian interests. The Trinity Monastery now serves as a memorial to his life’s work.

The Trinity Monastery’s main church, the Trinity Cathedral, was rebuilt in brick in the mid-17th century. The smaller Churches of the Dormition and Elijah the Prophet presumably appeared when the monastery was rebuilt after a Tatar raid on Lebedyan in 1659.

Fortunately, the ancient churches of the Trinity Monastery survived the Soviet period in one form or another and are now being restored as a rare historic ensemble. One of its main relics is an icon of a representation of the Trinity that miraculously appeared on the surface of an apple. Indeed, the full name of the monastery includes the words “on apple field.” 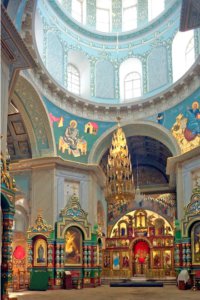 Lebedyan also has two churches dedicated to the Kazan Icon of the Virgin, which was closely associated with the Romanov family. The first was built probably in the 1760s and is picturesquely located on Tyapkin Hill, the high right bank of the Don River.

In the early 19th century, the second Kazan Icon church was built in the center near the marketplace. Completed in 1836, it now serves as the town cathedral.

The region’s main convent was established in the mid-19th century at the nearby village of Troekurovo, known for its apple orchards. Dedicated to St. Demetrius of Thessaloniki, the convent is now undergoing a major restoration.

During the 19th century Lebedyan became an important horse-trading center, famed for its fairs and its racetrack, which attracted connoisseurs of horses throughout Russia. Among the visitors was the writer Ivan Turgenev, who gave the town a leading role in one of the stories of his first renowned work, A Sportsman’s Sketches. 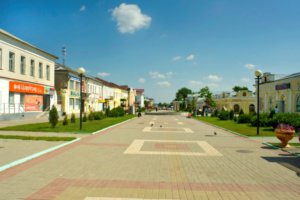 Lebedyan also appeared in the work of Leo Tolstoy and Ivan Bunin, who was raised nearby. Bunin left Russia in 1920 and resettled in Paris, but he never forgot the rich Lipetsk land in which he grew up. In 1933 he became the first Russian to receive the Nobel Prize in literature.

The town’s most famous native writer is Evgeny Zamyatin (1884-1937), whose father was a local Orthodox priest and his mother, a gifted pianist. Zamyatin is best known for his dystopian fantasy We, a novel set in a futuristic police state.

Completed in 1921, the novel was banned by Soviet censors, and Zamyatin lived under threat until his emigration to France in 1931. He is now honored by the town, which has made a museum of the modest wooden house where he spent his childhood.

During World War II, Lebedyan served as an evacuation center with a large military hospital. A memorial to this period stands near the cultural center on a plaza overlooking the Don River.

With a current population of some 20,000, Lebedyan continues to benefit from the surrounding agricultural bounty, including apple orchards that produce delicious fruit that is known throughout central Russia. And the local flowers support those fat, contented bees depicted on the town coat of arms. Blessed by nature, Lebedyan can justifiably be considered a land of milk and honey.

William Brumfield, special to “Russia beyond the headlines”