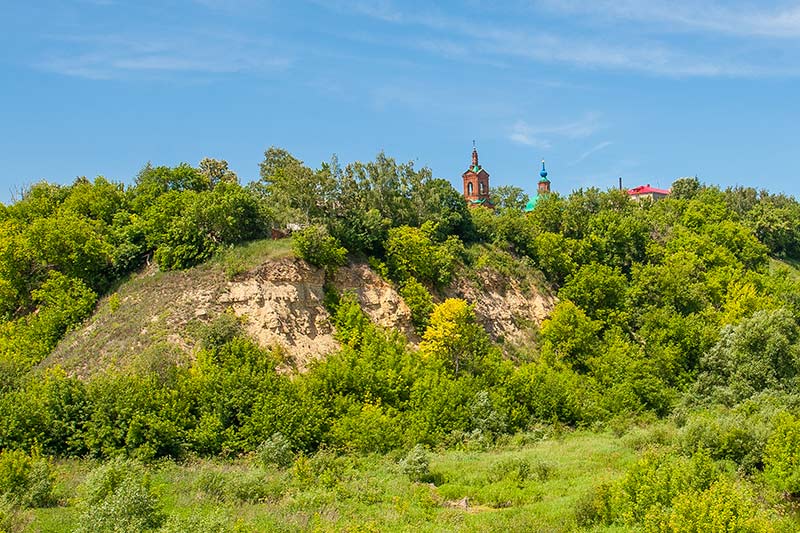 The first written record mentioning Lebedyan dates back to 1605 when it was the estate of the local landowner Nikita Veliaminov and the area was known as Lebedyanskoe Gorodische (Gorodische meaning site of a previous settlement). The existence of this record gives further credence to the hypothesis that a fortified settlement had been founded there earlier, most probably in the 16th century when Lebedyan was a border town on the frontier between Russia and nomadic tribes. The main road to the Black Sea countries also passed through Lebedyan at this time. After Lebedyan received its charter as a town with its own voevoda (governor) appointed by the Tsar in 1613, a new wooden fortress with towers was erected.

In those times Lebedyan was often under fire from would-be invaders. It bravely fought off attacks but had to be rebuilt several times, as was the case in 1618 when Lebedyan was destroyed by Hetman Sagaidachny’s troops. In the mid-17th century a shipyard was founded near the town from where newly built ships and smaller boats were sent down the Don River to the Azov Sea while Lebedyan inhabitants were sent to the south-west to build new frontier fortresses. As Russia’s border moved outwards with its conquests Lebedyan’s significance as a first line of defence diminished. In 1703 the wooden fortress was destroyed in a fire and was not rebuilt. Gradually Lebedyan developed in to a regional trading centre.

‘s advantage that it was located where the trade roads crossed at the junction of five neighboring provinces, and the main reason the town became a central market place early on.
During the 19th century Lebedyan the volume of transactions from its tri-annual rural fairs increased substantially as did its importance as a meeting place during events. At such events the town became crowded with merchants, salespeople, cavalrymen, studfarmers, travelling theatre shows and gypsy singers from all over Russia.  The horse fair was the main attraction which led to Russia’s first racetrack being opened in Lebedyan as a means to showcase the animals on sale. In 1826 the Lebedyan Horse Racing Society was founded to give the many horse experts and fans a forum to get together and discuss horse-breeding issues.